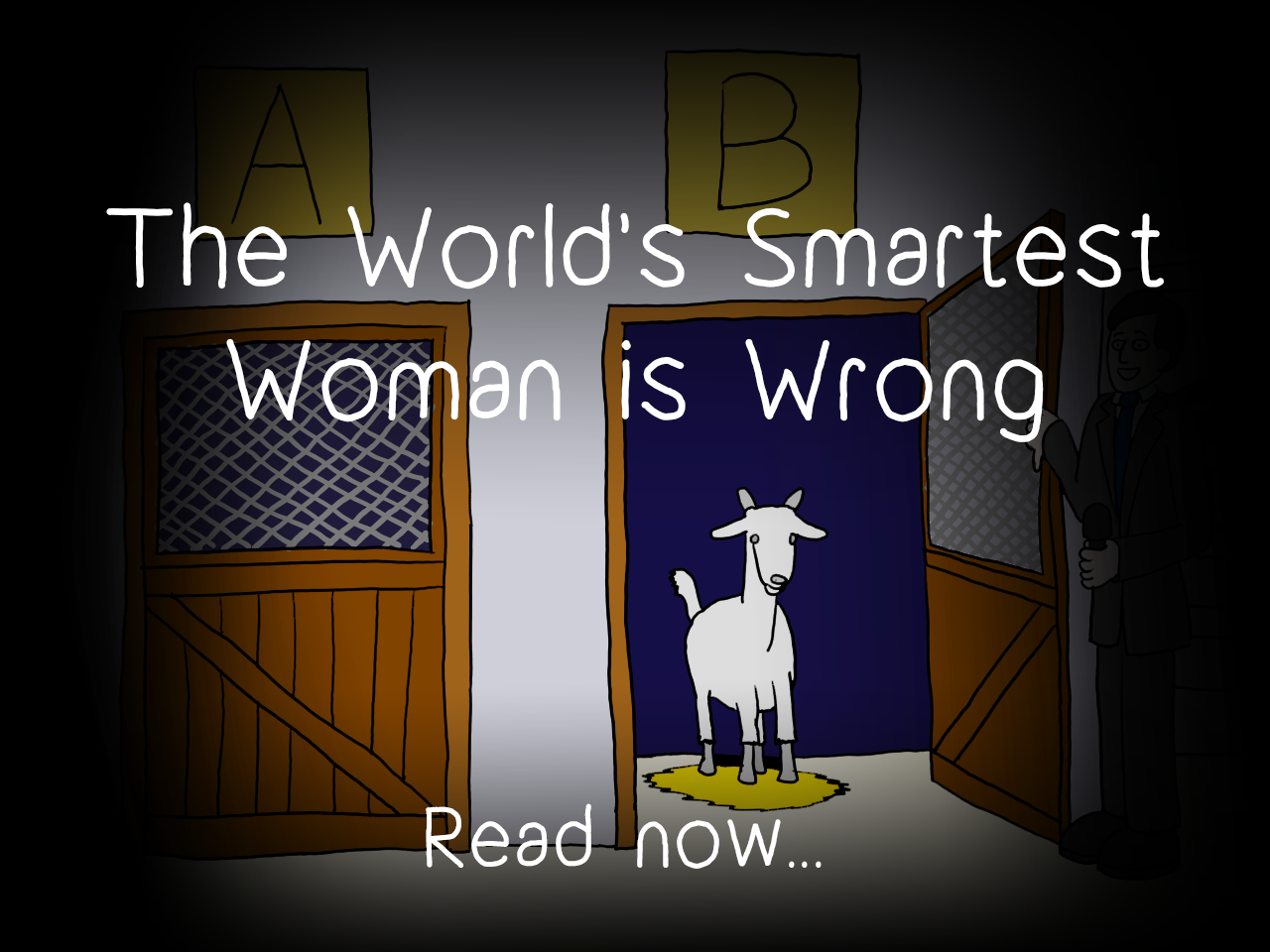 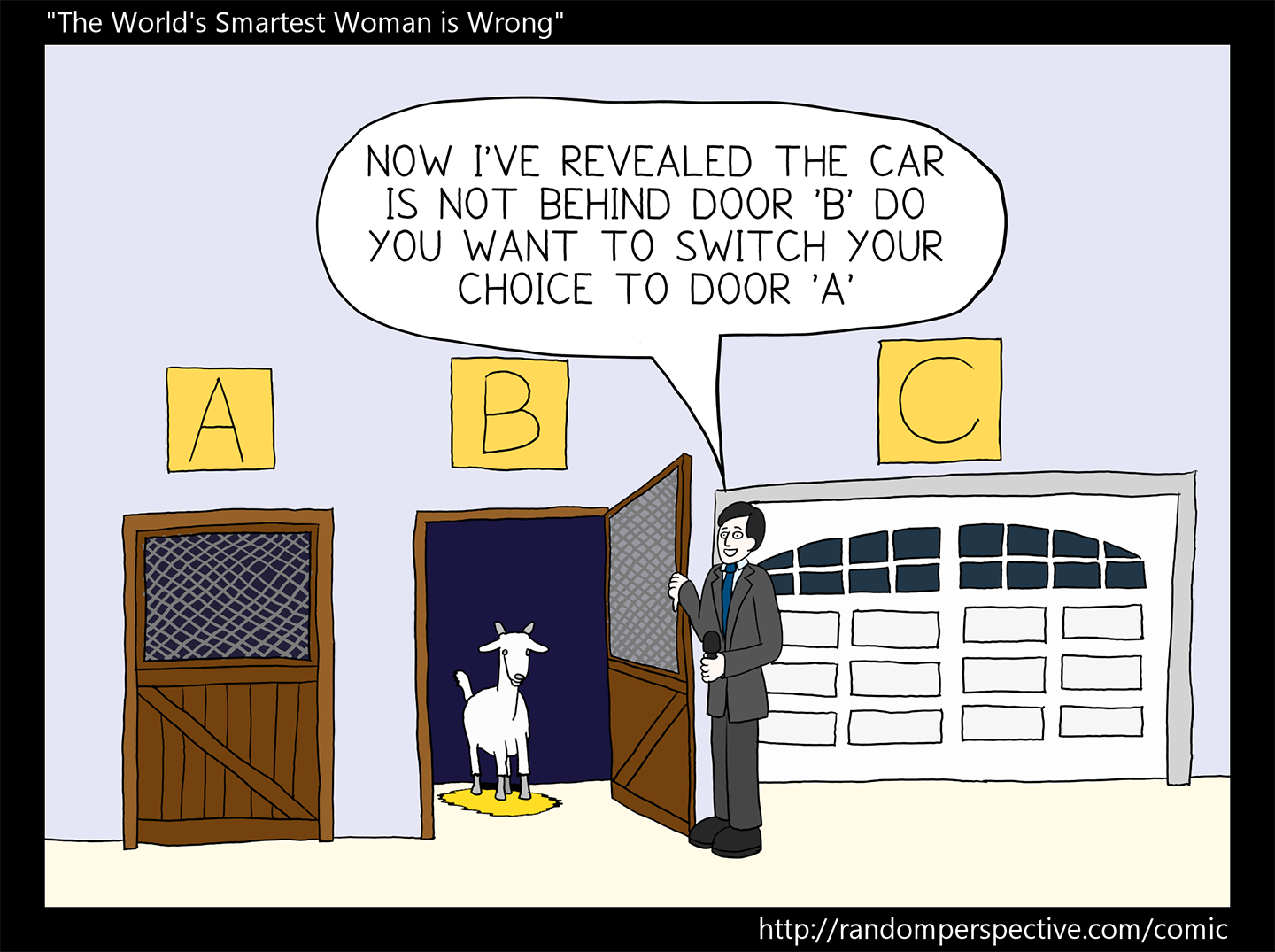 So when I was talking a friend trying to explain to them the Monty Hall problem, I came across a great way to demonstrate it. It was their first time in the apartment we were in, and in the corridor were three doors, one to the bathroom and two to bedrooms. I got them to pick a door. What I failed to realise was that the bathroom door had a visible lock on the outside.

The comic's title refers to this story on Marilyn vos Savant who correctly explained the Monty Hall problem, only to have several top level Mathematicians claim she was wrong.